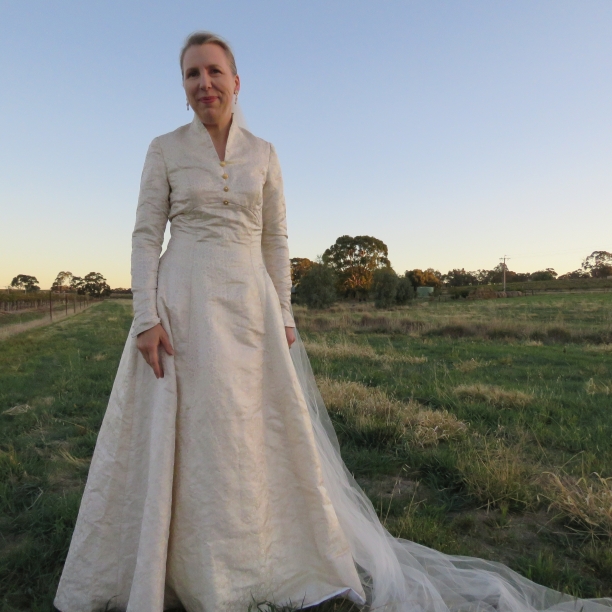 It’s our wedding anniversary, and I thought I’d give the dress an airing.

Trying on this dress feels like the glamorous antithesis to the hospital scrub sewing which has gripped our household for the past couple of weeks.

To be honest, I was apprehensive about trying it on, in case I got stuck like last year. Alone in the bedroom, I called and called for help but no-one came. I believe they were watching TV. I’m not prone to anxiety or panic attacks, but it certainly needed mind control as I eased the dress off, with my arms killing me. By the time help finally arrived, all was well.

This year, I put my husband on standby in case the same thing happened, but I was okay. I was pleasantly surprised to find the dress wasn’t so uncomfortably tight as last time.

I was certainly smaller 21 years ago.