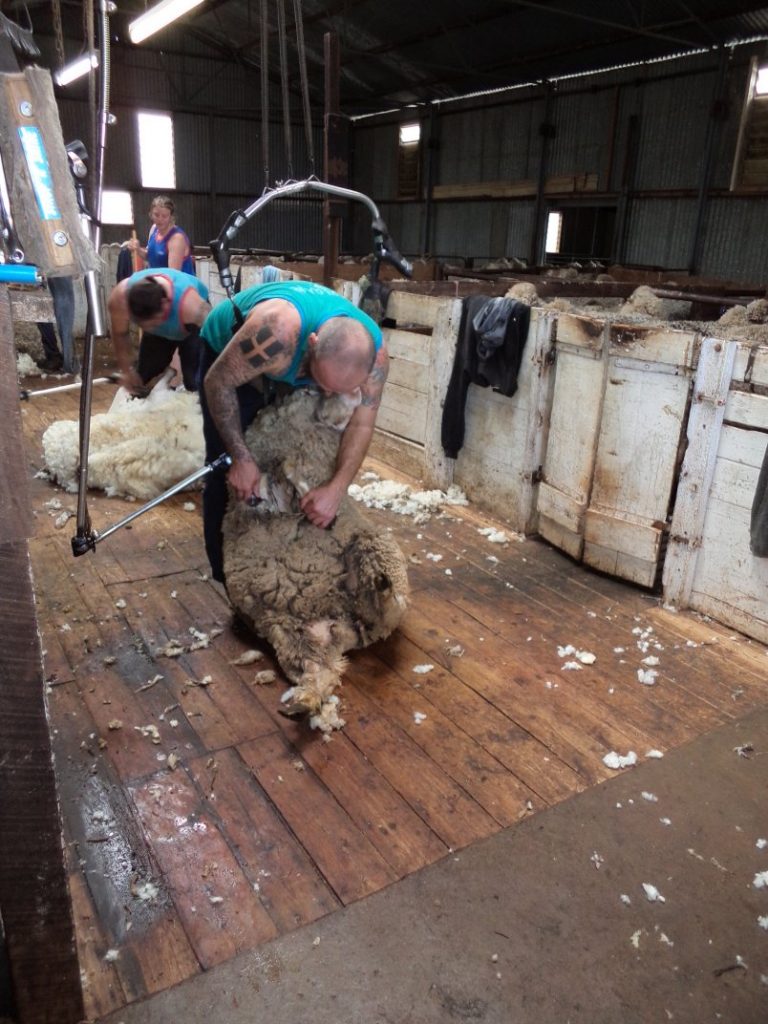 Yesterday my family visited the shearing shed of some friends.  Sheep shearing was in full swing with three shearers, two roustabouts and two wool classers.  Everyone was working very hard but there was a friendly ambience.

Sheep shearing is extremely hard work, and is said to be the same as running two marathons -one in the morning and the other in the afternoon! 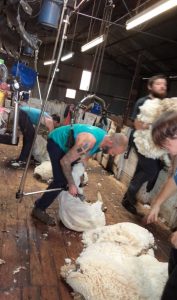 It was poetry in motion to watch the fleece fall away below the clippers. Good shearers have an empathy for the sheep and most sheep just submit to the shearer.  This shearer has just finished and the fleece is about to be picked up.  He is using a back support sling; these belong to the individual shearers. 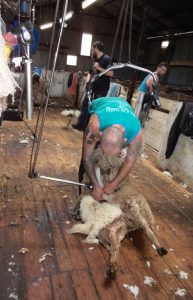 This is the same sheep moments earlier.  The shearer behind him is collecting his next sheep from the pens while the roustabout clears away the scraps of wool.  Shorn sheep are held in pens off to the left. 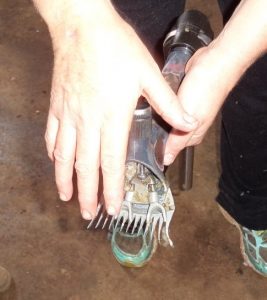 The combs are extremely sharp. 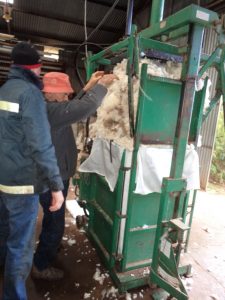 The wool press fits 250kg of wool.  I have no idea how many fleeces this is but it’s a lot!  Periodically the bale is pressed down to make more room; Farmer Luke and Farmer Michael are about to do this.  There’s a scale just to the right of the press to tell them the weight.  The grower gets penalized if the bale is too heavy or too light. 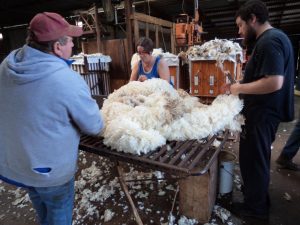 None of the sheep’s wool is wasted.  Their main fleece goes into the wool press but all the other bits are put into separate bales.  The one to the left of the blue-singleted lady holds wool soiled by poo, wee and blood.  The one behind her holds sweaty bits of wool, and the other is for belly fleece.  The man on the right is holding a pair of old-fashioned sheep clippers, and is about to cut off a soiled piece of wool. 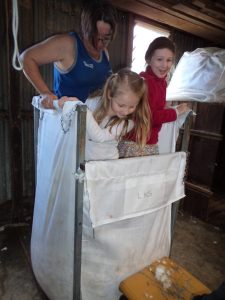 There’s one other bale and that’s for the short pieces of fleece called locks, swept up off the floor.  My favourite five and seven year olds were allowed to help jump on the locks to compact them into the bale. 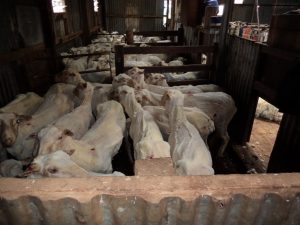 All over for another year!