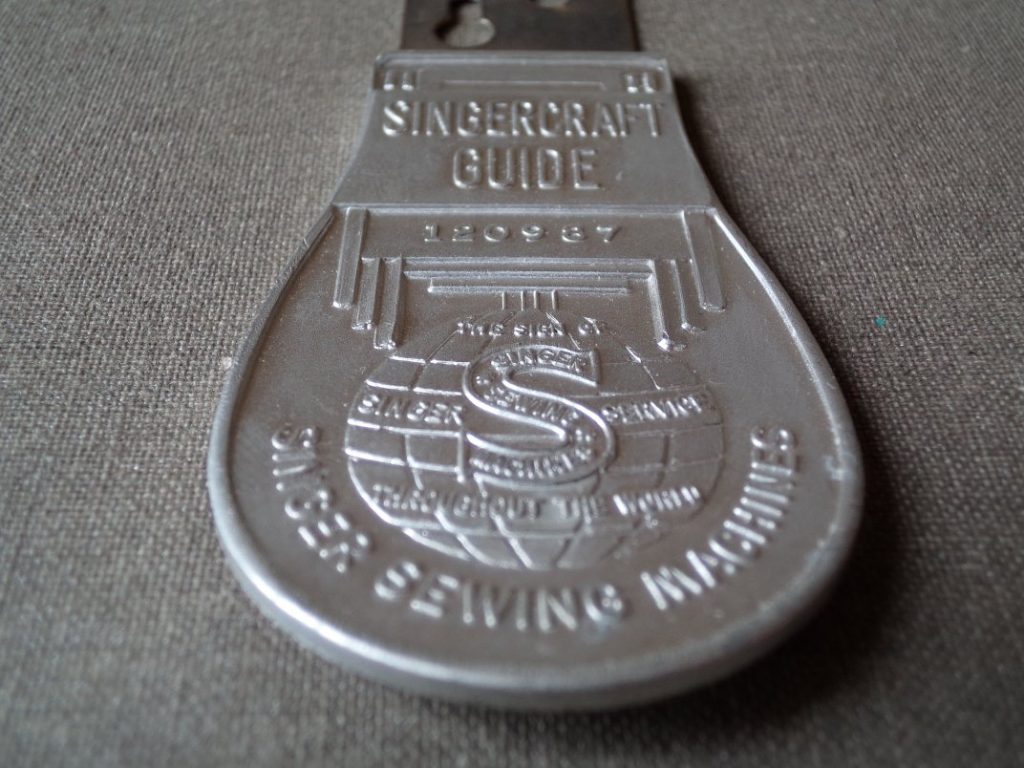 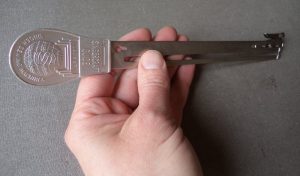 Husband brought home a sewing gadget from the op shop (yes, the same shop that had the Lutterloh books).  A Singercraft accessory of some sort, found amongst the zips in the Haberdashery section.  It looked to be a similar vintage to my sewing machine. 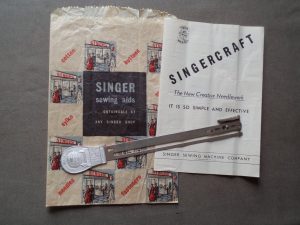 It was in a bag with a manual.  It’s a gadget for making fringing out of wool, which you could use it to make rugs. 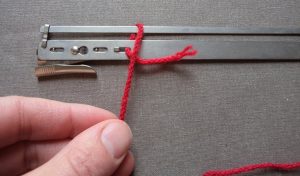 The manual promised no special skills were required and that it was so simple and effective, so I had a go.  I began by winding wool around the guide… 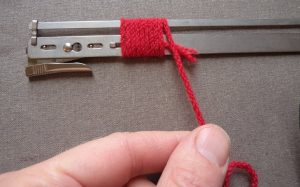 …covering the length of it. 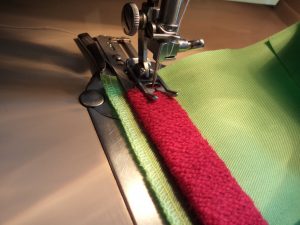 Then I placed the guide with the wool under the foot of my sewing machine to stitch.  If I was making a braid I could stitch it on a length of tape, to sew later onto other fabric. 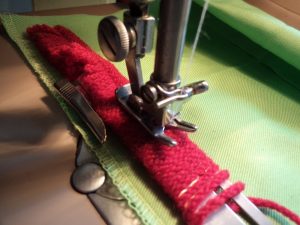 When I was nearly at the end, I pulled the guide towards me.  There’s a blade (that you can’t see very well) that cuts the loops of wool to form the fringe.  The blade can be removed for loopy braid instead of fringing. 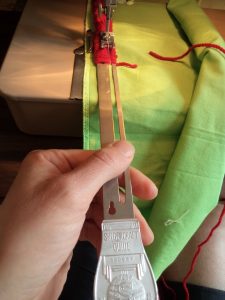 I cut the wool but I could just keep on winding more wool to make a longer braid. 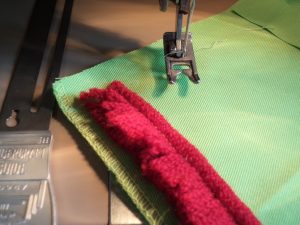 The manual advised running a second row of stitching at the top for security.

I made a second row above the first, hiding the stitching.  For a rug, you would make rows and rows of these. 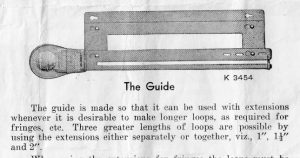