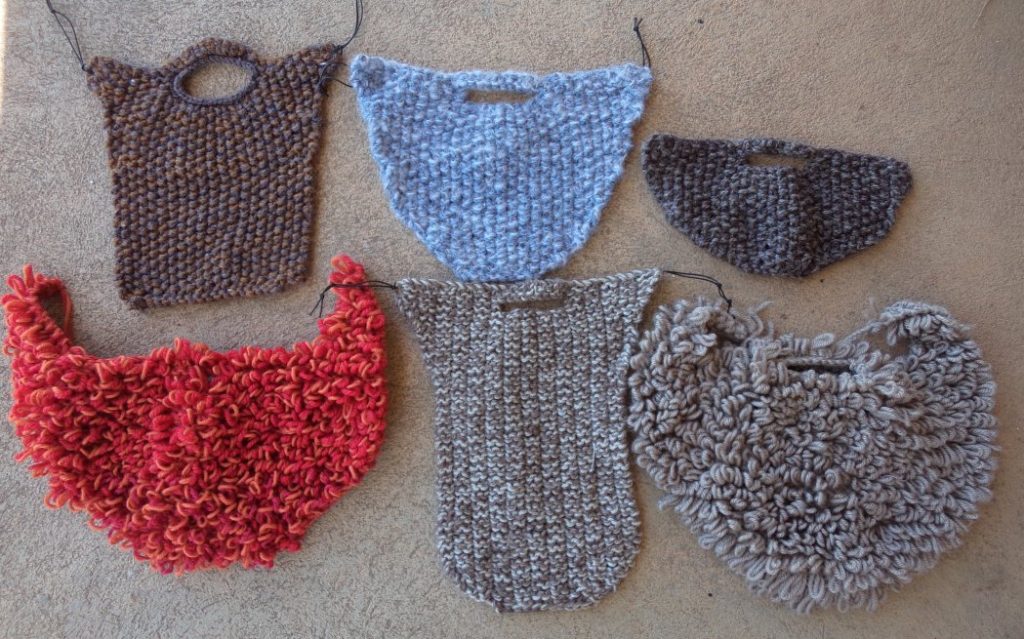 Our Australian country town has a penchant for dress-ups.  Are other country towns like this?  Since moving here, I’ve lost count of the number of dress-up theme days, fancy dress birthday parties, parades, concerts, plays and other activities requiring dress-ups.  Not that I’m complaining!

In our dress-ups box we have some knitted beards from the book Knit your own Moustache by Vicky Eames (2013 Collins & Brown).  This book was a jokey birthday present from my brother, but in truth I’ve knitted more things from it than any other knitting pattern book I own.  There are two knitted beard patterns in it.  I knitted one in 2014 when I was a shepherd in our Christmas pageant’s nativity float. 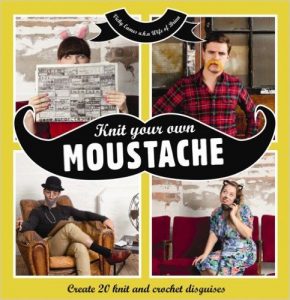 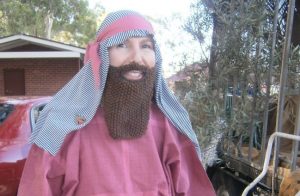 Here I am at the nativity float two years ago.  Well, we can’t all be Mary, can we?  It was a hot day, made hotter with the beard.  I’m wearing an adaptation of the pointy grey beard on the cover of the book (lower left). 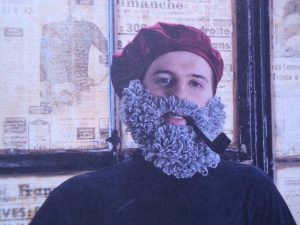 I knitted the other beard in the book (the “loopy beard”, picture from the book) last year for being a shepherd again, but I was unwell and didn’t go.  No matter; the innkeeper in a Christmas play wore it a few weeks later. 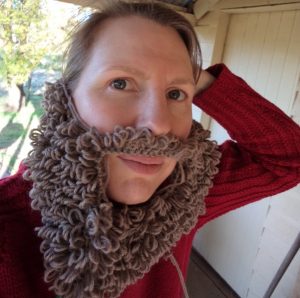 Here’s my version -the “before” shot. The mouth was waaaaay too big -the picture from the book couldn’t possibly have been knitted from this pattern.  I picked up stitches around the mouth and filled it in with more loopy stitches.  My first beard was too big around the mouth too, but not as much as this one.   In case you own this book and want to knit a beard, the mouth openings should be about 2 rows deep by 8 or 9 stitches long.

Since then the two beards have had regular outings at pirate parties, plays and fancy dress events.

This year I knitted four more beards, so now we have six to choose from.  Here’s my collection now: 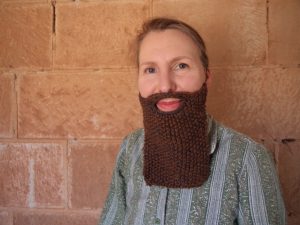 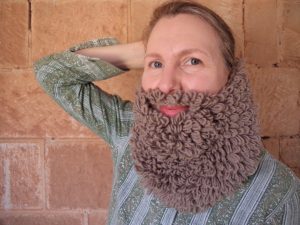 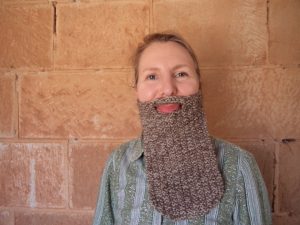 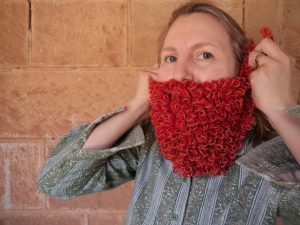 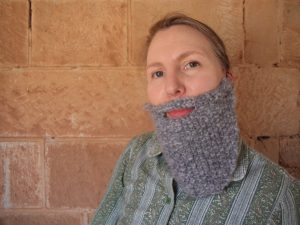 Do you think this one’s too Gandalf? 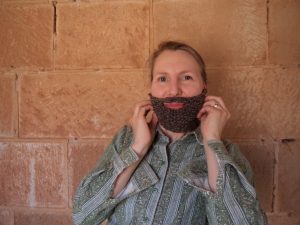 Could I pass for George Michael?

Later this week I’m being a shepherd again on the nativity float.  Which knitted beard will I wear?