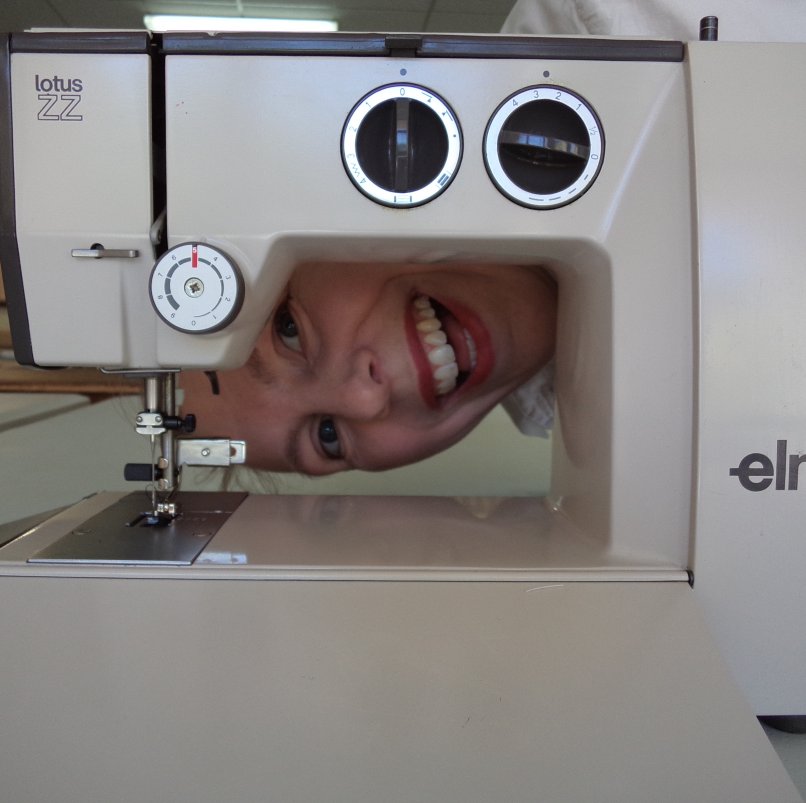 The Clover unpicker, while expensive, is considered by many to be the unpicker of choice, with its smooth sharp blade and comfortable handle.

However, it comes with a flimsy sleeve to protect to blade (which I lost).  A sewing student recommended a piece of plastic tube over the end: protects the blade and your hands. 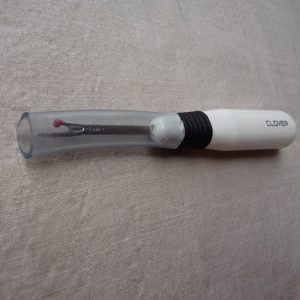 Are you obliged to watch sport?  Far from being a drag, it’s an excellent opportunity to put your feet up and get some handsewing done (or start an embroidery project).

In need of a small wallet to take sewing supplies while my children have their swimming lesson, I cut the back pocket off an old pair of jeans, leaving a flap at the top to fold over.  It’s just right for holding snips, thread and thimble and I poke pins I’ve finished with in the flap.  Rolls up small to fit in any handbag. 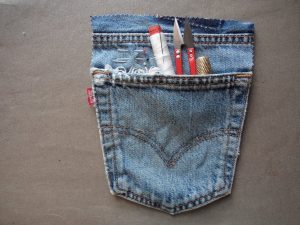 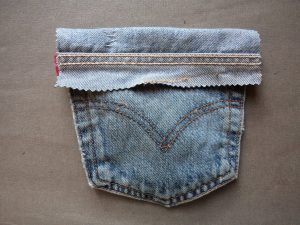 A brilliant tip from Hollie of Tools by Hollie.  If you’re a cyclist who wears skirts on a bike, line your skirts with culottes rather than a skirt shape.  On windy days when the inevitable Marilyn Monroe/Seven Year Itch moments occur, you’ll be covered!

Here’s a draft you could use: 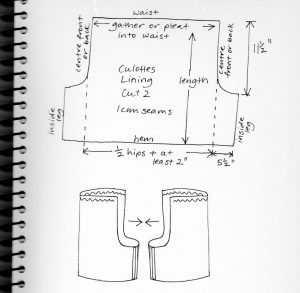 This fits about an Aussie size 10 (38″ hips). To make it bigger, extend and lower the crotch (extend 3mm and lower 6mm per size).  If the crotch is too high, it’s easy to just stitch it lower to fit.