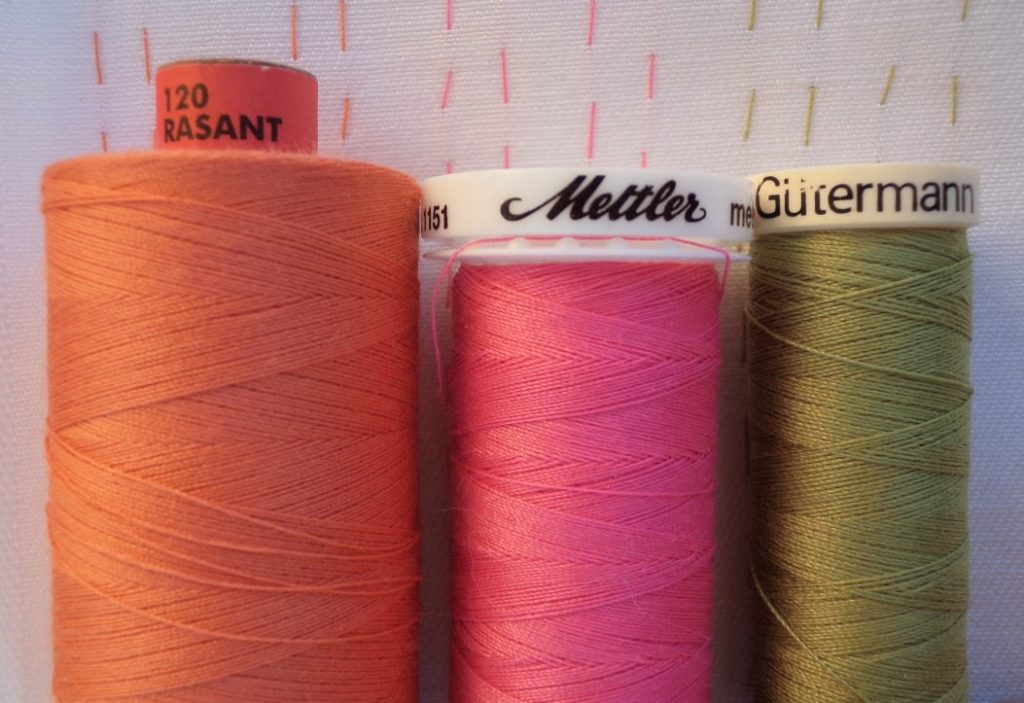 I’ve just tested a theory I heard of a long time ago and always wondered about.  The theory is: When handsewing, does thread threaded from a spool twist more than if it were threaded from a bobbin?  In other words, does it matter which end is knotted?  Have you ever tried this to see?  I suspected it doesn’t make much difference, but decided to do a twisting thread test.

The knot in the spool end

I cut two 70cm lengths of thread, one with a knot at the spool end and the other with a knot at the cut end.  I ran the lengths through my hands several times to get the kinks out (recommended before handsewing).  I sewed a length of running stitch with each, using the same needle each time.  I did the same test with Rasant thread (orange), Mettler (pink) and Gutermann (green).

I bet you’re all just dying to know the outcome!