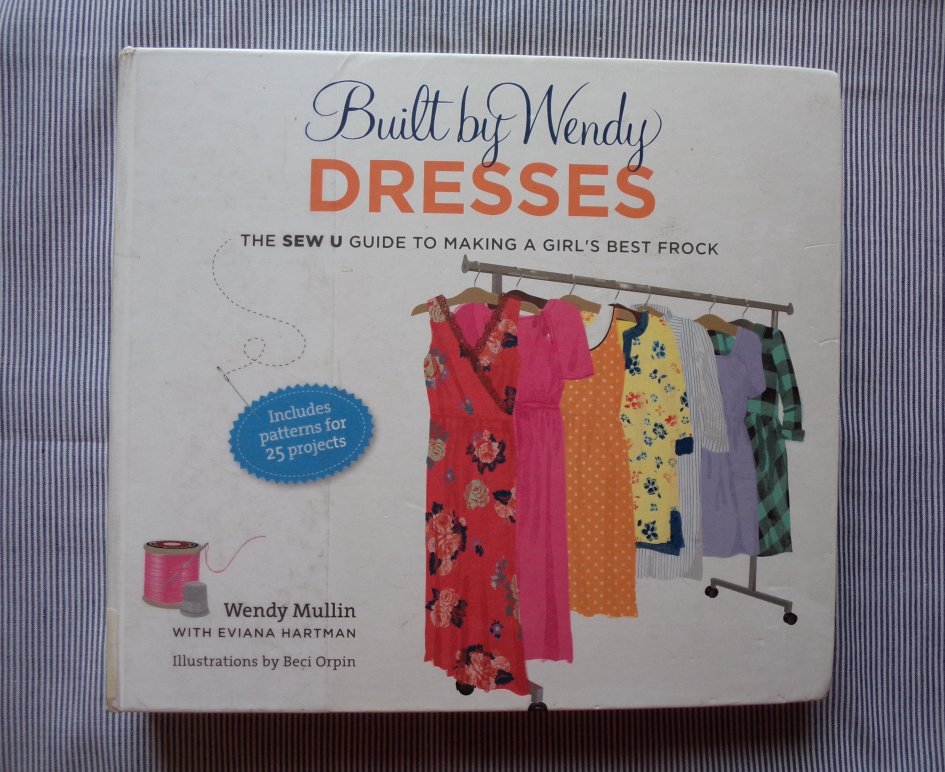 The arrival of spring weather has given me the urge to sew a summer dress.  Does this happen to you when the season changes?

I was also inspired by a library book: Built by Wendy Dresses: The Sew U Guide to Making a Girl’s Best Frock.  The book was published in 2010 and has had mixed reviews, although some reviewers hadn’t gotten around to making anything from it yet. 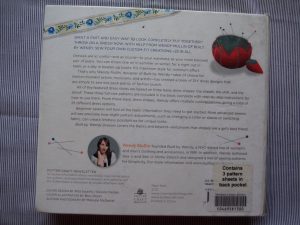 The all-important Back Blurb

I have been an admirer of Wendy Mullins/Built by Wendy since I saw her interviewed in this video.  I liked her wearable/slightly 1980’s/rock and roll fashion aesthetic, and I liked that she’d remained an independent designer for many years.  She came to fashion designing from a home sewing background, rather than a stylist or retail one. 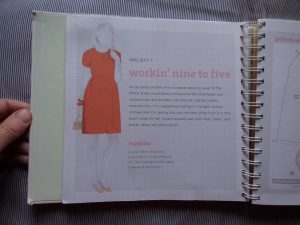 The dress I planned to make is project 1 in the book.  It’s a raglan sleeved dress. 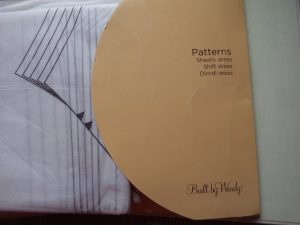 The book has a tissue paper pattern sheet in the back with three basic dress patterns: a sheath, a shift and a dirndl. The sheath dress, which is the one I need, is actually slightly A line. 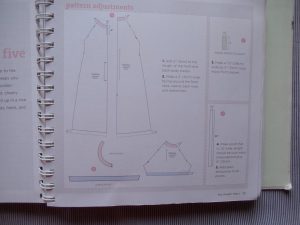 The instructions tell how to adapt the basic dress pattern to the style. 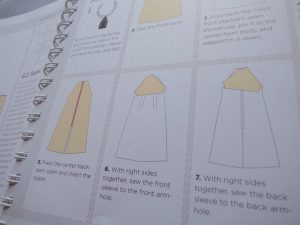 Each style has ideas for variations. 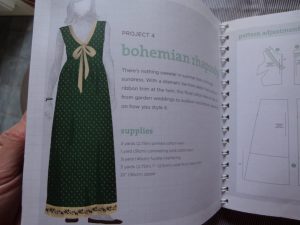 Some of the other dresses in this book…. 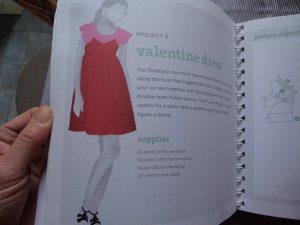 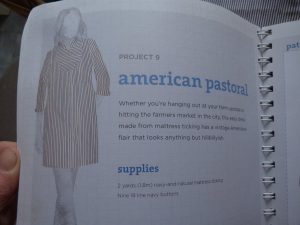 My pattern pieces, all traced off ready to cut out a toile. However, I had reservations about the one piece raglan sleeve. Usually these are only seen on very loose fitting clothes eg windcheaters, and more fitted clothes have a raglan with a shoulder dart or seam. 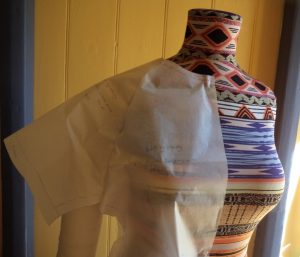 I pinned together the tissue and tried it on my model. I know this is only paper but I predict the sleeve will kick out at the hem. I took out a 5cm wedge from the sleeve to form a dart at the shoulder. 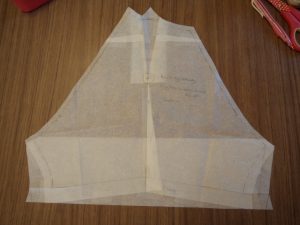 Then I added the same amount back on the sides and leveled the hem. I filled in the shoulder dart with paper.  Just guessing here, but I think the sleeve will fit better. Ran up a toile from some op shop fabric, obviously donated by someone who holidayed in Vanuatu. The sleeves appear to have a bit of drag in the photo, but they look better in real life. There’s extra fabric in the front neck, and I’ll angle my shoulder darts slightly to the front (because I have a rounded posture from too much leaning over). Otherwise not bad.

I’ll decide on some fabric and work on this dress more during the week.  Stay tuned.

Update: After much indecision, I finally cut this dress out at the beginning of November.  Read about it here.