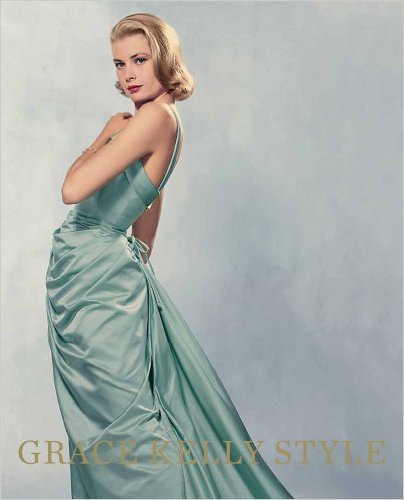 Part of every woman’s journey in life is finding her own style of dress, and accepting and becoming comfortable in the body God gave her.

Have you taken notice of people who are  always considered well dressed?  They’ve found their own style and stuck to it, even though their field of good “looks” might actually be quite narrow.  I sometimes get sucked into wearing something because I want to and not because it suits me, but as I get older I find it easier to say “no”.

This train of thought began when I read the (library) book Grace Kelly Style by Kristina Haugland (V&A, reprinted 2013; to accompany the V&A exhibition 2010).  Apart from being impossibly good looking and spending vast sums of money on clothes, it stood out that she was a woman who worked out what suited her early on and rarely deviated.  I could see her themes emerging as I turned the pages.  She liked solid fabrics not prints, favouring pastel colours especially pink and blue.  She wore natural-looking make up but used red lipstick when she wore the colour beige.  She had a simple hairstyle pulled back from her face.  She wore caftans in later years, and rarely wore trousers ever.  I also read in the book that although she spent lots on clothes, she wore them lots too.

In a thoughtful mood, I made a list of my own “yays and nays”.  I started with colours and moved onto styles.  I’ve never done this before but found it really solidified what I should avoid and what I should be wearing more of.  Here’s my list: 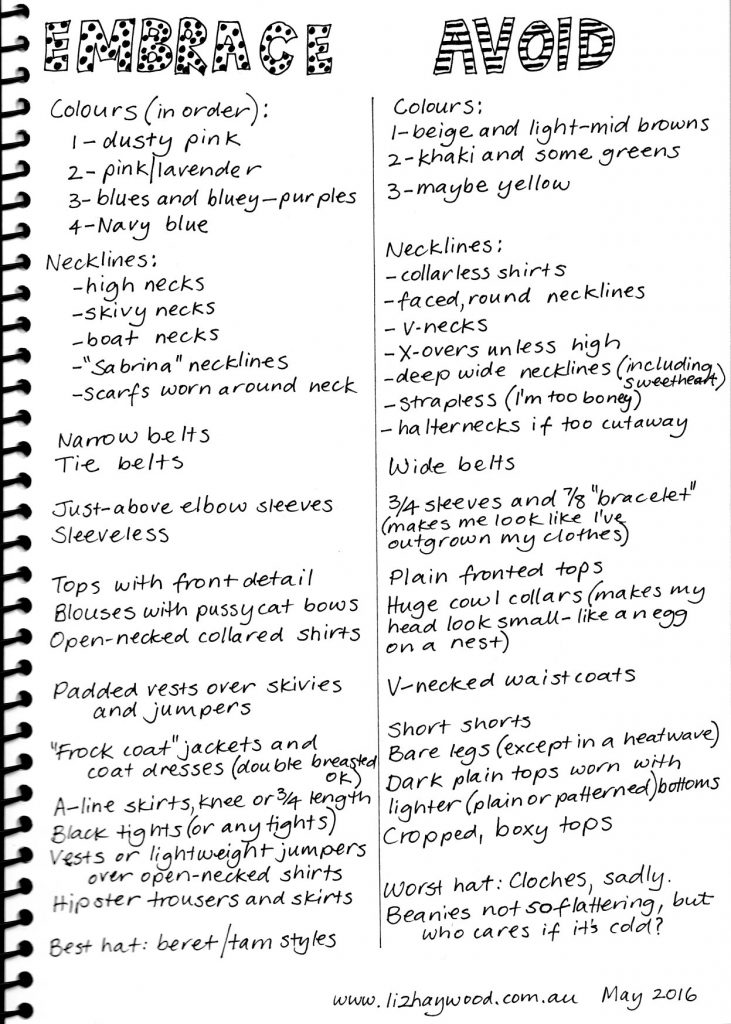 Btw, my figure is a “column” -slim, flat chested and no waist.

Maybe you could do this too -it’s a good guide to clearing out your wardrobe!