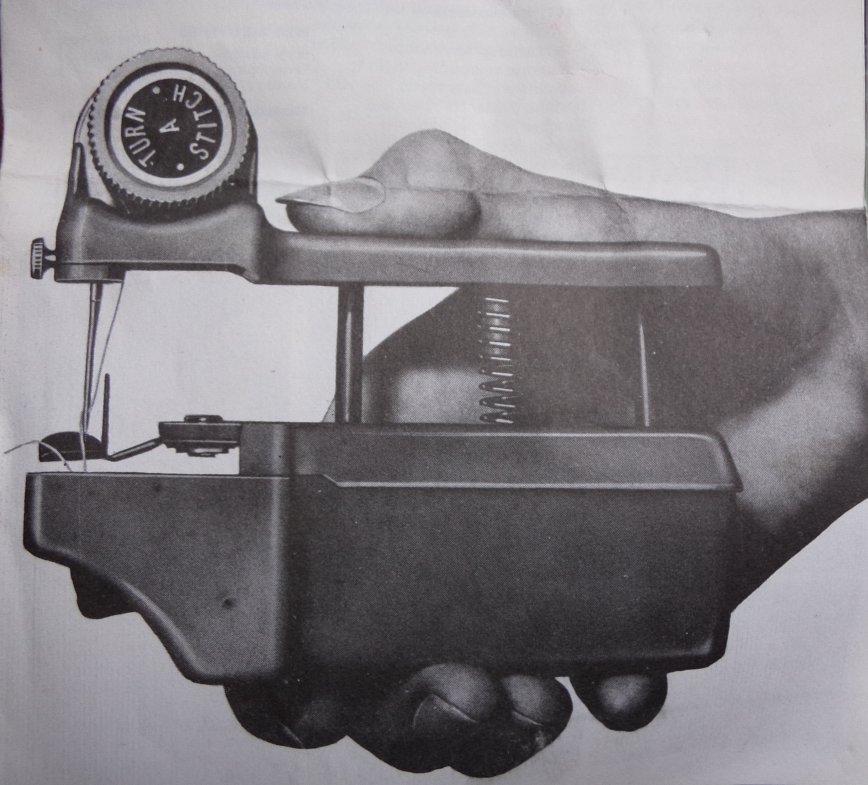 Some men like to buy their wives diamond necklaces, 60 foot luxury yachts or small islands in the Carribean as tokens of their love.

Mine likes to give me obscure sewing ephemera – far more interesting than necklaces etc.

And so my latest gift is The Dexter.  Intrigued?  The Dexter is a hand-held sewing machine circa 1960’s. 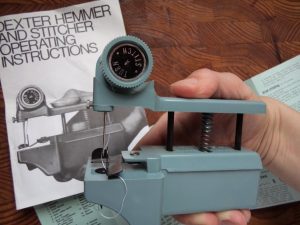 Similar machines are still available now, such as this one from Big W, or this one from Spotlight, but I’ve never tried using one.

My Dexter came already threaded, with two instruction manuals.  One manual is the original USA version, and another from the Australian distributor (the white one).  Apparently The Dexter comes with a carry case but mine came in a plastic bag. 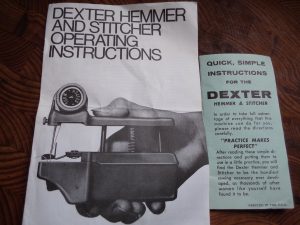 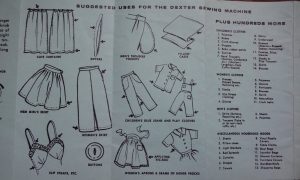 The machine is pretty simple.  You insert fabric under the foot, and squeeze the machine up and down while moving it along, holding the fabric with the left hand. 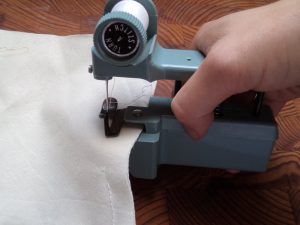 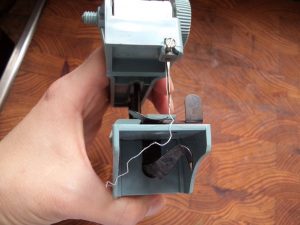 However, the simplicity of the machine belies its difficulties to use.   My attempts to use it were woeful.

The reverse side was a mess until I remembered the tension knob.  The tension is adjusted by a knob that actually tightens the thread spool.

Third attempt was passable, with a much neater reverse side: 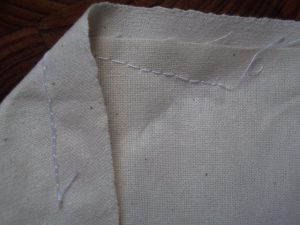 There are no feed dogs like a regular machine – the fabric feed and stitch length are regulated by moving the machine, which I found very difficult to do evenly.  Part of my trouble might have been just how old it is.  Even after oiling it, it’s still sticky on the up and down movement.

This Youtube video shows far more experienced users than I (it’s the original commercial for The Dexter, complete with of-the-era commentary).  In another video, Whitney Sews had more success with The Dexter than I did (skip through to 1.30 to see her sewing with it).

So, in answer to my own questions:

However, The Dexter makes a fun addition to a collection of old sewing items and an interesting thing to bring along to your sewing group.

Have you ever used one of these?  Do you own a modern one?  Ever been tempted to buy one?