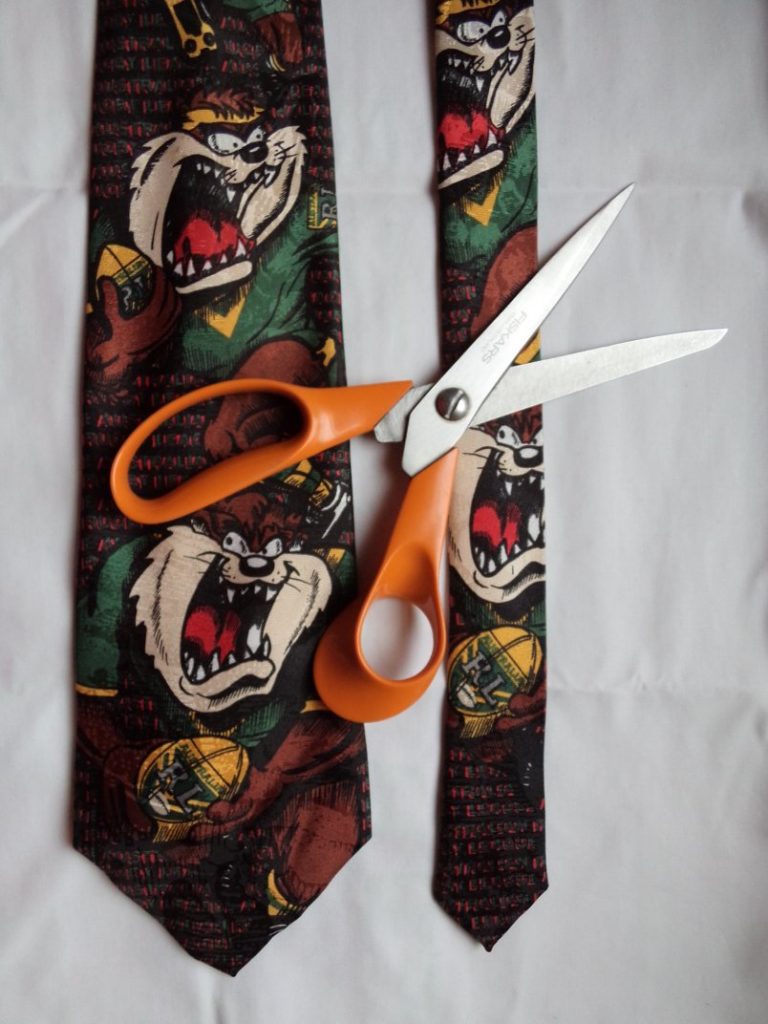 Do you have unworn neckties at your house?  Too ugly or unfashionable to wear, fallen down at the back of the wardrobe?

If you’re ever in need of a small amount of bias-cut fabric for binding, piping or trim, an old necktie could be the answer.  Even an ugly necktie can make a beautiful trim. 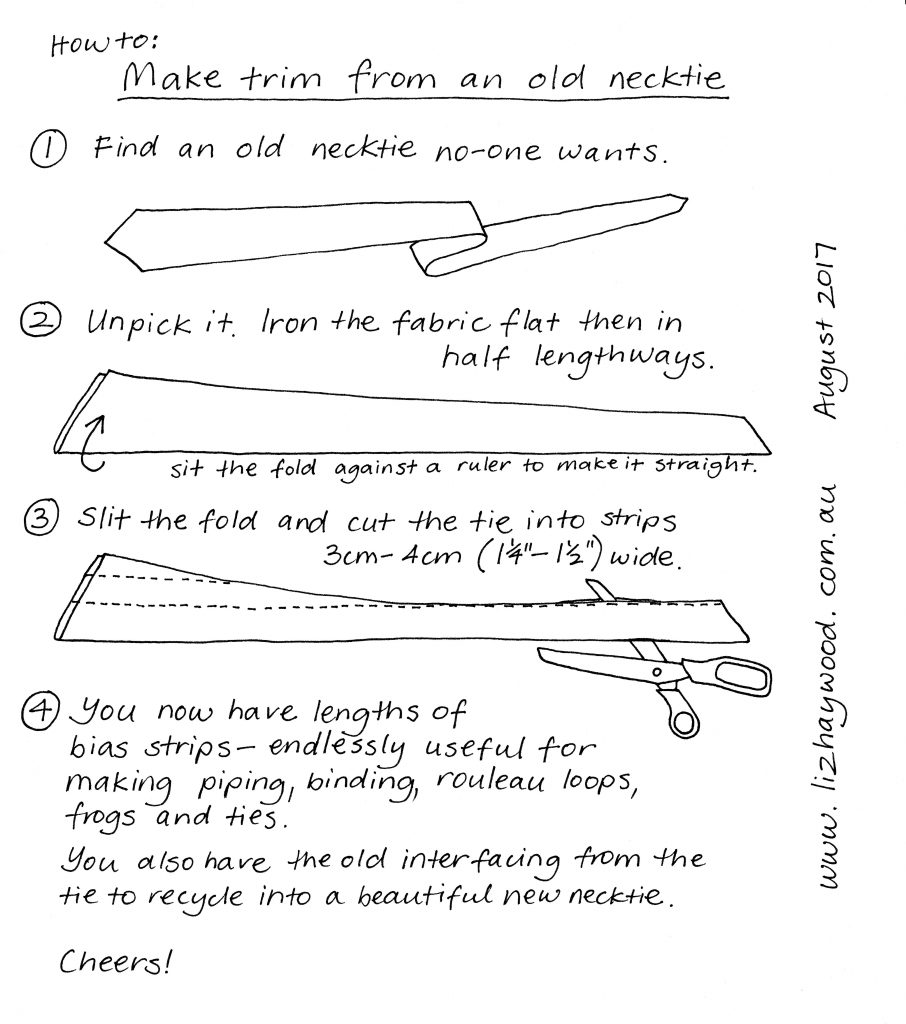 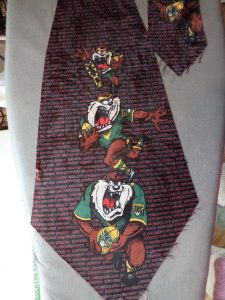 Surely this is the ugliest necktie in the world? It was probably last worn circa 1994.  I found it being used as a draft excluder at the top of the front door.  Here it is unpicked, ready to be cut up. 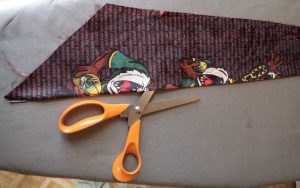 Fold the necktie in half and press the fold in with an iron. Sit the folded edge next to a ruler to make it lie straight.  Carefully cut through the fold. 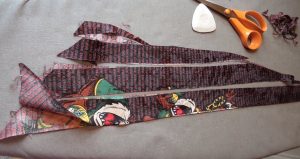 Cut it into strips. I could get a 4cm wide strip along the entire length, and some extra lengths from the tie’s front.

I made some piping and rouleau from my tie. 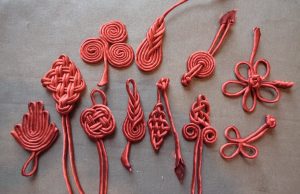 I could turn the rouleau into one of these beauties. Full instructions for making all of these except the one on the far left are to be found in The Dressmaker’s Companion.